Today, Mayor Duggan's Administration has proven yet again its continual dedication to improving city services by announcing the Improve Detroit mobile app. Improve Detroit, a SeeClickFix-powered app, leverages geo-spatial location to transform how citizen service requests are reported and addressed in the city.

"The new Improve Detroit app is like having City Hall on your phone. From wherever they are, this simple tool will allow residents to report an urgent problem we may not know about. They will be able to report the type of problem, the exact location and even submit a photo."-Mayor Mike Duggan

Utilizing technology to transform the city has been a major priority in Detroit's restructuring efforts. In February Mayor Mike Duggan announced a plan "to create greater transparency in city government" through initiatives such as redesigning the city's website and publishing weekly statistical updates on public projects. Now, the Improve Detroit mobile app will continue this focus on making the city's government increasingly efficient and accessible to all Detroit residents. 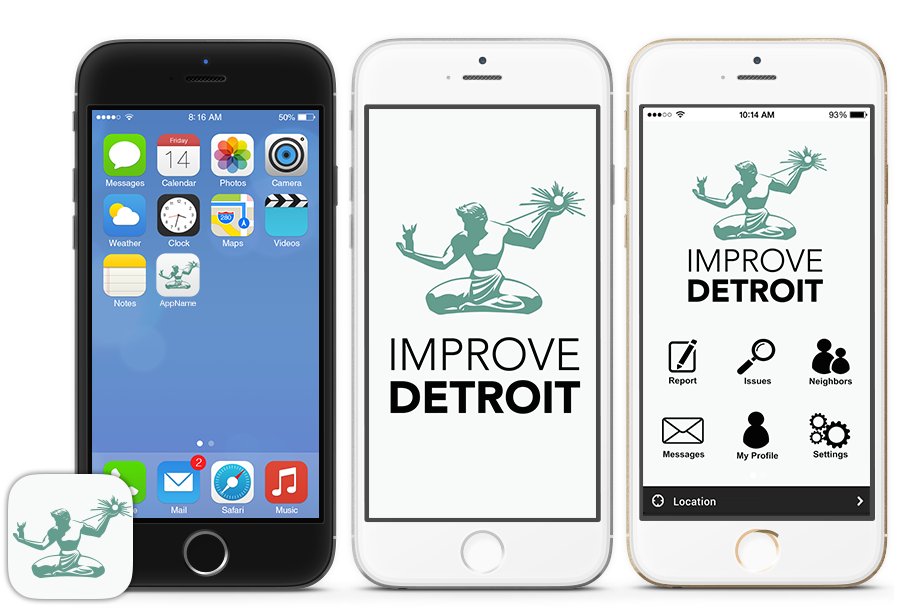 In Improve Detroit's first roll out phase, the new mobile app will allow citizens, residents and visitors to report problems such as illegal dumping, potholes, water main breaks, tree issues, and running water in an abandoned building quickly and easily via web tools and mobile apps. These reports are then forwarded directly to departments throughout the city with all the information needed to get the job done. The Detroit Water & Sewerage Department has been using the platform for several months to engage the public. 1,740 incidents of running water in an abandoned building have already been reported, with 1,717 resolved to date.

Furthermore, the platform offers a centralized and integrated management system, whereby city officials can communicate with citizens, track issues and monitor success. This unified and citizen-connected platform will increase both the quality and efficiency of service throughout Detroit.

Finally, Improve Detroit will eventually serve as a citizen hub for a variety of other services; for example, Detroit residents can pay their water bill through the app.

In particular, Improve Detroit is a part of Mayor Duggan's emphasis on decreasing the city's costs by embracing the use of technology to create crowdsourced, citizen-centric government. By affording citizens the ability to report issues, Detroit will not only gain valuable information and data but will empower citizen action and create more meaningful engagement.

Improve Detroit is available for download on Android and iPhone. In addition to the mobile apps, residents can send reports to the city using the widget on the city's website, the city's facebook page, and seeclickfix.com.

We look forward to working with Detroit to continue their efforts to promote openness, engagement, and accessibility! To learn more about SeeClickFix, head to gov.seeclickfix.com.